During the month, weather conditions in the highlands East of the Rift Valley was characterized by occasional drizzle or light rains coupled with cool temperatures. In the West of the Rift Valley, certain tea growing areas especially in Kericho and Nandi recorded modest precipitation while the rest such as Barnet, Nyamira and Kisii experienced dry weather conditions or lower rainfall of less than 10 mm daily. Consequently, in tea growing areas in the West of Rift Valley, production dropped by about 0.48 Million Kgs from 28.40 Million Kgs recorded during the corresponding month of 2021 to 27.91 Million Kgs. 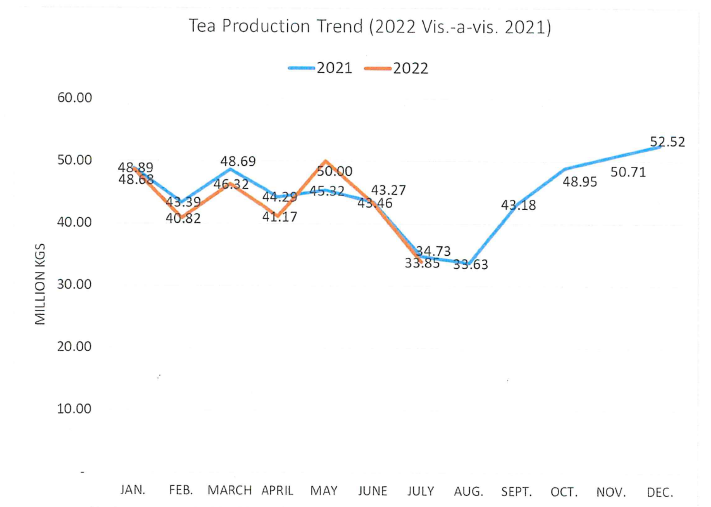