The East region is predominantly mountainous consisting of Mt Kenya, the Aberdares ranges and the Nyambene hills while the West of the Rift is characterized by plains and undulating hills which include Kericho, Kisii and the Nandi areas. 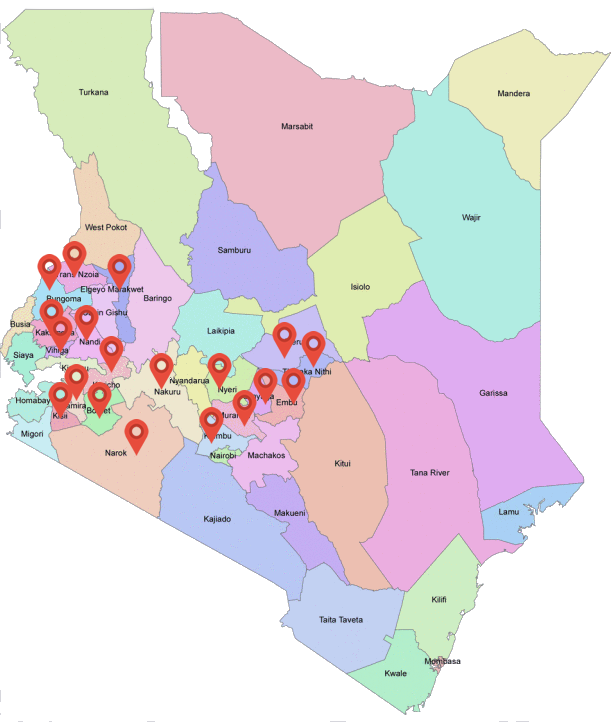