Tea production for the month of January 2022 dropped significantly by 3.84 Million Kgs from 52.52 Million Kgs recorded in December 2021 to 48.68 Million Kgs. Production during the month was also lower compared to 48.89 Million Kgs recorded in during the same period of last year. The drop in production for the month of January follows continued sunny and dry weather conditions condition that was more prevalent in tea growing areas the West of Rift especially during the second week of the month. However, the effect of dry weather in some of the tea growing areas in the East of the Rift was minimal. 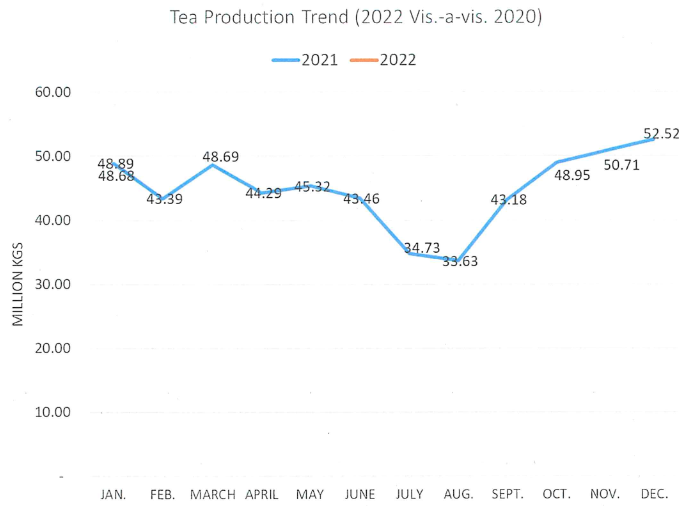